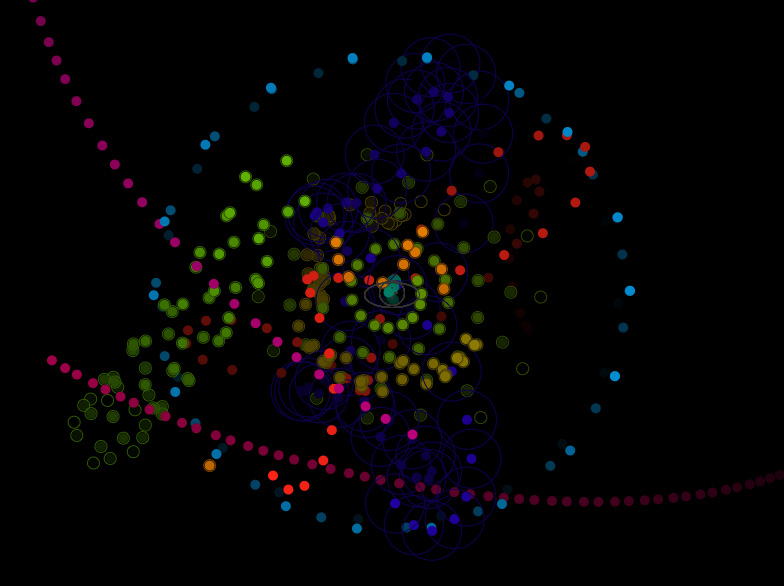 A rare moment for me where (my) dream world and reality seemed to meet: The Institute für Architekturbezogene Kunst ("Institute for Architecture related Art") of the Technical University in Braunschweig, which is also my birthplace, and I have only been there once since I was an infant. On Friday, May 13, 2016, I gave a concert of "Raga" and a workshop about audio illusions, using it to spark a phenomenological discussion about how certain perceptual cues cause us to form an experience of space. The students were quite surprised when I produced 1 meter standing sound waves in the room, and they could literally feel the "size of sound" simply by walking through the room. The Institute is kind of an incredible idea and place. Located outside of town in a large building in the middle of the woods. A bit of a weird artist colony almost. 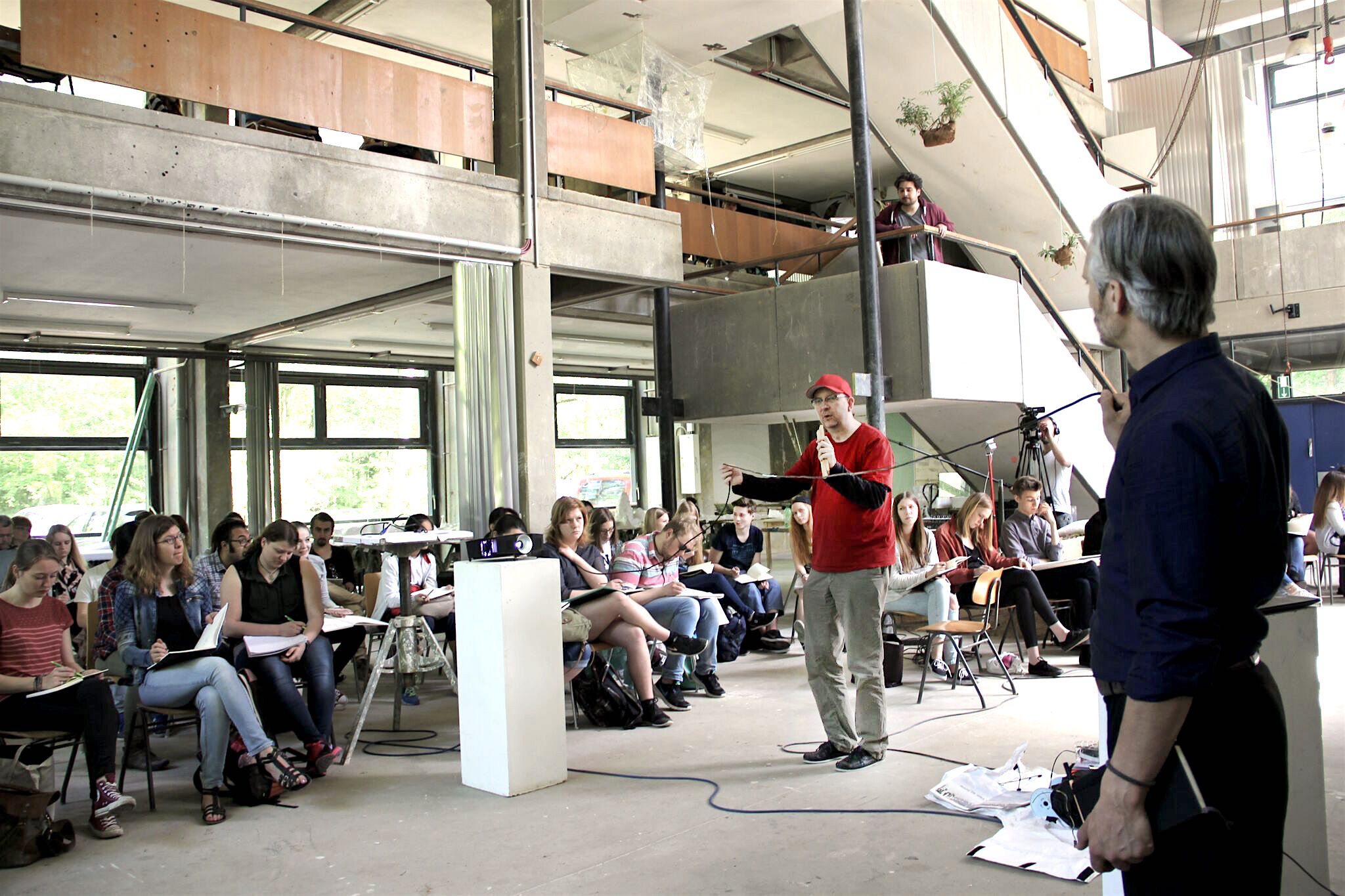 This text was provided as a postscript to my workshop "Sound, Space, Phenomenology", given at the Institut für architekturbezogene Kunst, TU Braunschweig, in May 2016. (Deep thanks to Alan Prohm for making this event possible).

This May, I led a day of lectures, demonstrations, and workshops concerning Space and Perception. I spent a lot of time trying to sensitize people to the visual and audio cues which cause us to interpret sensory phenomena spatially. For example we contemplated how a very short line in a flat drawing can be interpreted as a very long distance which is going into the depth of a scene; yet drawing such a line correctly can be strangely difficult, as if we had to fight our own spatial consciousness or thought. Or I demonstrated how changing the difference in the delay of a sound between our two ears makes us hear its location at a different point on the horizontal plane. Or we closed our eyes and noticed how the audio space seemed to become much larger when we didn't pay attention to visual phenomena.  Or we experienced the actual size of a sound wave (much larger than many people would think!).

What is the point in this kind of investigation? How, for example, does it bear upon the work of an architect? I think these questions concern a very broad issue about how our intelligence and awareness develops throughout life. I think that our intelligence and awareness moves to greater detail and clarity on its own, but I also think that a concerted effort catalyses this development, and it can even do so to the extent that it eventually transforms our perception and sensitivity completely.

Perhaps we practice and memorize a (fairly) standard architect's toolbox of skills, and then apply them in our jobs after we graduate from school. In the worst case this could lead us  to "simply doing our job", never having noticed what these skills are really about, so long as they are "working reasonably well". In cases when they fail, we might look at them closely for the first time ever. If, however, we make it a habit to pay special attention to details, then, in a sense, we speed up a process which might only develop because of coincidence or accident.  Many people do this on their own, simply because they are curious or daring.

If we pay special attention to how our senses work, and do this with concentration and curiosity over many years, we  begin to notice a different level in the workings of things, a level which is rich in interconnections and forces.  In those moments where we are searching for a reason to design something in one way or other --  those situations where there seem to be too many or arbitrarily possible choices -- we can then reach into a deeper level and notice significant differences between these choices.

Do you remember what happened to your sound perception when you closed your eyes? Something similar will happen in a small space that has no vistas or features that are interesting enough to rest your view upon.  We can amplify the audio quality of a space by deemphasizing its visual qualities.  If you can see no detail in a space, you will start listening. If the space is dark and quiet, you will start smelling and tasting. Reducing the sensory intensity of one sense amplifies the sensory intensity of the remaining ones.

Yet it all goes much deeper than this. If we only occasionally remember to listen and look, that might be a nice break from ordinary life, from that life always driven by "technique", or by the next  goal,  never resting. What if you reverse this formula: learn to  practice the attention to the details of your perception, and occasionally take a break from that to pursue your goals? I assure you, the world of these perceptual details will grow and grow, and then greatly enrich your abilities in everyday life.

Think of it like a very dramatic painting: you can spend most of your time dealing with the drama of the painting, or you can start looking at the brush strokes, groupings of brush strokes, proportions, and how they actually produce the drama. When you  were a small child, you might have been frightened of a particular painting. When you are older, you might marvel at how the drama in that  same painting was produced, indeed at how "fright" was produced.

How is our perception of  space produced? Do you want to go through life as a captive of this drama, or would you like to marvel at how the drama is made, and be able actively to intervene in that drama?  Isn't playing with that drama what architecture is all about?